Finding a NEET Solution: How Government can fund the skills of the future 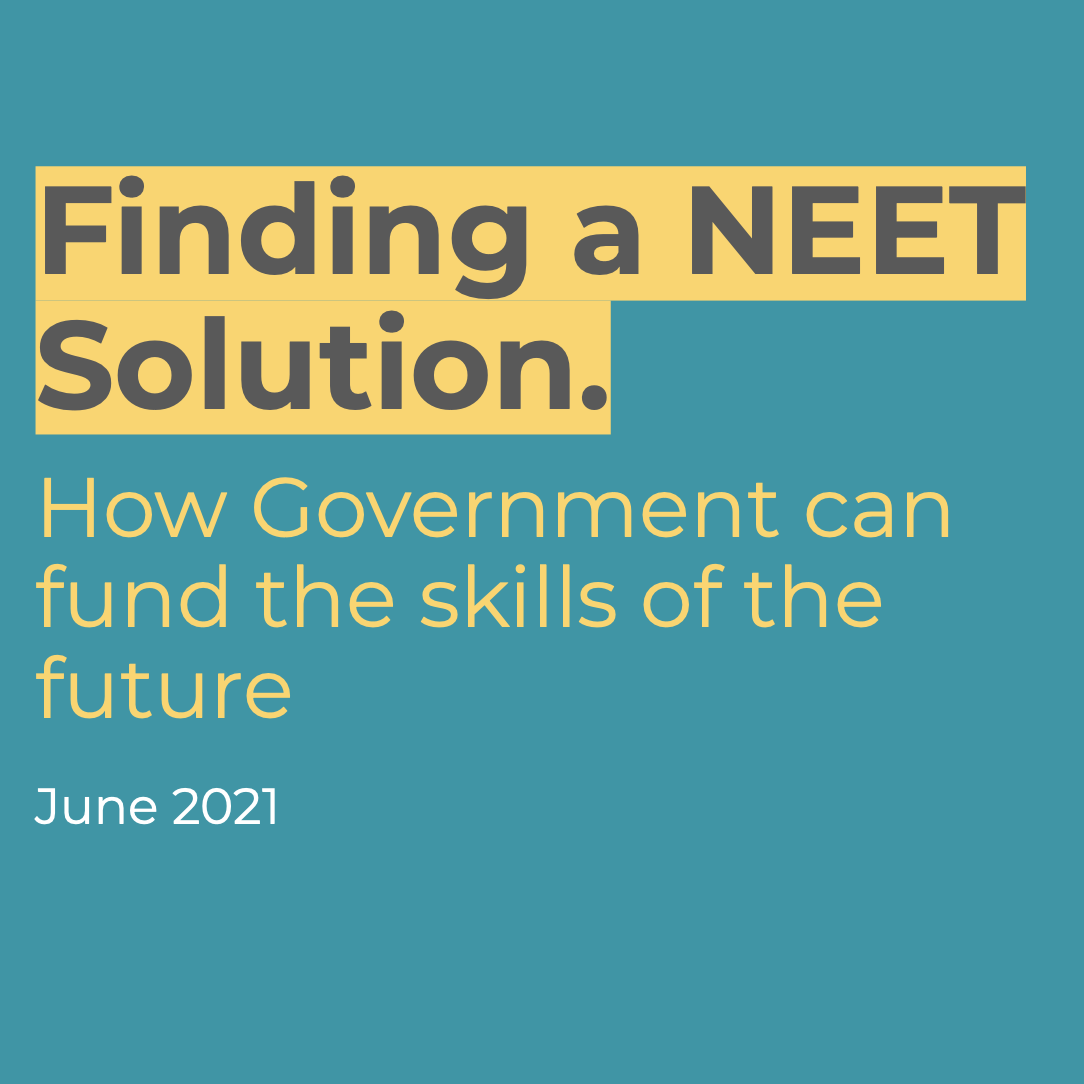 The Coalition for a Digital Economy (Coadec), the independent advocacy group that serves as the policy voice for Britain’s technology-led startups and scaleups, has launched a new paper arguing that the Government should allocate £100 million to a new “Future Skills Fund”, in order to enable those wishing to retrain or upskill to access funding, structured as a Future Earnings Agreement (FEA).

With a mounting unemployment crisis, which the Bank of England has predicted could see 5.5% unemployed by Autumn 2021, two challenges have been compounded: ensuring that Britain has the necessary workforce to compete and lead in the economic recovery, and turning huge numbers of NEET individuals into employable and productive workers.

The UK’s tech sector is growing six times faster than the rest of the economy, and digital  roles are now some of the most in-demand by UK employers – second only to Healthcare. But a lack of financing options for post-18 training and lifelong learning is not only preventing individuals from accessing these high-paid jobs, it is also costing British tech startups £4.4 billion on an annual basis to backfill these roles, and threatens a swift economic recovery.

Yet there are a plethora of programmes run by technical qualification providers that are intensive and last only 12 weeks or so. Students are given focussed training that is specifically tailored to precise occupations, such as software engineering or web development that make them work-ready in the UK’s growing tech sector. But the same applies to training providers in further afield sectors – e.g. Healthcare, Social care, Law etc.

Although the Government has announced that it will provide a Lifelong Loan Entitlement, the equivalent of four years of post-18 education from 2025, history shows that the UK needs a much quicker response than that. Gordon Brown took a year after Lehman Brothers fell before even announcing the Jobs Guarantee, which caused joblessness for under-24s to soar to 20%.

According to the research, a solution could lie in an innovative approach towards funding skills and retraining – known as Future Earnings Agreements (FEAs). Similar to government-backed student loans, learners who are able to use FEAs pay nothing up front for the course, and repayments are only made once the learner has a job and earns above a certain salary (e.g. 7% of earnings above £25k). Those that never get a sufficiently high paying job don’t need to pay back the FEA.

But unlike student loans, the origination of FEAs is based on the predicted future earnings of each student upon graduation, rather than educational background or prior attainment. All of these features mean that they are attractive to a much wider group of people for whom training opportunities would otherwise seem like a far-away dream. They have significant potential in levelling the playing field and promoting social mobility.

Those that do gain a high paying job may end up paying back more than the cost of the course (i.e. to ‘compensate’ the FEA provider for those who don’t repay), but this amount is capped in total (both through the number of payments, and as a multiple of the amount of finance), and also only ever a fixed proportion of salary above the threshold (e.g. 7% over £25k).

What makes this a great funding mechanism is the fact that the training providers only get paid if their graduates secure good jobs after their course. This means they have a strong incentive to invest in after-graduation careers support, and build strong partnerships with large employers. It is a market-driven, employer-led process of addressing skills gaps.

By contrast, universities get paid by the Student Loans Company (SLC) regardless. Graduate employability might matter for league table performance, but If graduates don’t go on to earn decent salaries and pay back their student debt, it’s the Exchequer that suffers financially, not the institutions.

Commenting on the report Joel Gladwin, Head of Policy at Coadec, said:

“Now is the time for the government to take bold actions. A new Future Skills Fund, based on FEAs, will not only improve equality of opportunity for all, it will also create a whole new industry and asset class with the UK leading the way internationally.

We’ve seen this happen elsewhere, with forward-thinking approaches to fintech, peer-to-peer lending, and crowdfunding spurring on countless startups and making the UK a world leader. We now have a chance to do the same and be at the forefront of equipping people with the skills to thrive in the modern economy.”

“At a time when the value of tech degrees is in decline, there is an urgent need for disruption in education. We’re determined to drive this disruption and close the cyber skills gap in the UK, which costs £27bn annually.

Being able to utilise FEAs has been extremely important; they’ve enabled us to achieve our own ambition of promoting greater diversity and inclusion in cyber security, since the financial hurdle no longer exists. Of our inaugural cohorts in February and March 2021, 32% were women and 35% were from ethnic minority backgrounds, more than double the average representation on a university degree in a similar subject.”