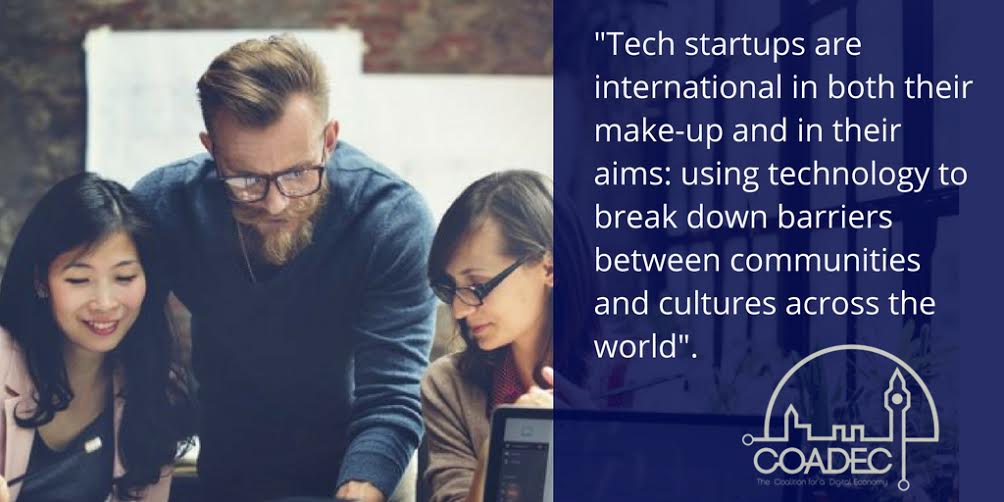 Home secretary Amber Rudd provoked outrage this week for suggesting that companies should list the number of foreign workers they employ.

For many in the business community, it hit a raw nerve at a sensitive time.

EU nationals that call the UK home and have set up fast-growth businesses, or joined talented global teams, are already deeply concerned about their future in Britain, and have not been calmed by remarks that liken them to bargaining chips in the Brexit negotiations.

The new immigration proposals also seem to contradict the government’s ambition to spread opportunity across the UK, and to make Brexit work for the many not just the few. There is particular anxiety that foreign workers seem to have been bracketed in an area of policy — cracking down on illegal immigration and employment practices — that should be aimed at the few, not the many.

While the government is right to address the immigration concerns that have arisen from the Brexit vote, the narrative appears to have turned on international businesses that work day and night to create jobs, drive economic growth and develop new innovative ideas to address some of our most pressing socio-economic problems.

Nowhere is this more evident than in Britain’s tech startup community. By their self-starting nature, these companies are run by people with the determination to challenge the status quo and drive new digital innovations that can help crack persistent challenges, such as the vital need to upskill young people. Tech startups are international in both their make-up and in their aims: using technology to break down barriers between communities and cultures across the world.

My organisation Coadec represents hundreds of tech startups across the UK, with over 20 nationalities, and we work from TechHub, a global community of startups with more than 60 nationalities.

I welcome the Secretary of State to spend an afternoon with our global team of founders and not leave inspired by their commitment to making a difference to the world.

Or indeed to hear how the Home Office can work with — not against — digital startups, to improve data-sharing models across agencies, for example, or to better support victims of domestic violence through the use of online platforms that connect victims with global communities to receive support.

We must challenge the assumption that foreign workers are taking jobs from British people. The employment rate for UK nationals is at its highest since records began in 1997, while new sectors like the digital economy are creating record numbers of jobs. An astonishing 1.56m people now work in new cross-sector digitally-driven positions that didn’t exist 10 years ago.

The missing link is solving the critical digital skills gap that exists in the UK. “Skills, Skills, Skills” would be a more hopeful narrative than naming and shaming people who work hard and contribute to our economic growth.

Through no fault of their own, except a desire to build successful teams, tech founders often struggle to hire the skilled employees they need to scale their businesses.

The latest estimates from ONS/Eurostat confirm the prevalence of digital skills shortages in 2015, with an estimated 39 per cent of digital recruiters reporting hard-to-fill vacancies rising to 52 per cent of businesses in the digital sector.

Overall, the main groups of digital specialists required by UK employers in 2015 were developers (27 per cent), analysts (17 per cent) and consultants (16 per cent).

Instead of blaming companies for this situation, we need to target the root cause of the problem and fast.
Last week, the government announced that it would provide free support for adults who required basic digital training. This is a welcome move but no additional investment was provided, nor further support for young people to prepare them for the digital jobs of the future. Excellent training initiatives exist across the UK, but the spread is patchy and needs government help to plug the gaps and scale good-practice.

An example from the US is the government-backed Tech Hire Initiative that aims to empower Americans with the skills they need, through universities and community colleges, but also non-traditional approaches like “coding bootcamps” and high-quality online courses that can rapidly train workers for well-paying jobs, often in just a few months.

The US government supports the idea that many of these programmes do not require a four-year degree. Research shows that intensive 12-week training models for people without qualifications successfully prepare them for entry as qualified developers. Take Makers Academy, a full-time computer programming course designed to have people job-ready in 12 weeks. It has a “learn by doing” approach that sees the organisation partner with British firms such as the BBC, Financial Times and Marks and Spencer.

Bridging the knowledge of digital training experts and global founders who experience its consequences day in, day out, we can address the digital skills gap and, in doing so, help spread opportunity right across the UK. At the same time, this is our best chance to maintain support for our diverse hub of global talent by backing their contributions and making it easier, not harder, to attract and retain high-skilled people. The two need to go hand in hand.