Startup Voices: A Digital Economy that works “for everyone” 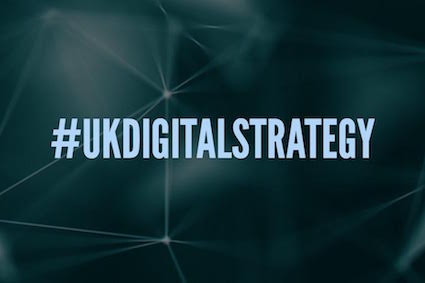 This week, the Secretary of State at the Department for Culture, Media and Sport, the Rt Hon Karen Bradley MP, launched the long-awaited Digital Strategy.
This is an important Strategy and cannot be seen in isolation from the wider aims of the Government to spread opportunity across the country, summed up by its bold ambition:
“To create a world-leading digital economy that works for everyone.”
The task now is to make this a reality; for we still have a way to go if we want to be not only a world-beating digital economy. But also, a country known for its strong regional ecosystems where founders have the same opportunities across the country.
Below are a few examples, taken from Coadec’s new report, plus new data, that highlight both the challenges to overcome and the opportunities ahead:
1. Fewer of our startups are growing
While there are a record number of UK tech startups securing seed investment, the percentage of tech startups that raised a seed round and then proceeded to venture, and then to growth, or exited, has fallen each year since 2011. “A new artificial intelligence (AI) startup has been founded in the UK on almost a weekly basis in the past 36 months. But one in 10 UK AI companies is in the late ‘growth’ capital stage, compared to one in five in the US.”
David Kelnar, MMC Ventures Although the sub-£500k category is the most common (as you’d expect), the £500–999k and the £1–2m brackets are around the same size (if not lower) than the £2–5m bracket. This suggests a gap in the number of deals in both those brackets.
2. The total number of investments in growth tech firms has fallen
Private equity and venture capital remain the most important sources of funding for growth tech companies, but in 2016, the total number of investments in growth tech firms declined by 19.8% year on year [however, this was also the case in the US with venture capital investments, also down 11%].
3. There is a growing regional equity divide, and outside the South East of England, regions rely heavily on the Government
There is a stark contrast between London and other regions across the whole of the UK. Private equity and venture capital investments in London form 52% of the national total. Moreover, investments dropped 16% in London in 2016, with no corresponding increase elsewhere in the UK.
Regional analysis also reveals how government involvement in high-growth tech companies has been critical in all regions except London, the South West, the South East and the East of England. This suggests there is a significant need — and opportunity — for private investor activity in most of the UK.
At the level of local authorities, the regional equity divide is equally stark. The five top boroughs (Westminster, Hackney, City of London, Camden, Islington) received 32% of total PE and VC investments in 2016.
In the same year, 80 local authorities received zero investment. The top borough, Westminster, received as many tech investments in 2016 as the 207 worst- performing local authorities combined.
To put it another way, Westminster performed better than more than 60% of local authorities combined. 4) The number of digital jobs is falling in some regions
The Midlands has one of the biggest equity divides in the UK. Compared to the overall strength of UK digital job creation, the West Midlands is also falling behind. Five years ago, there were relatively more jobs in West Midlands than there are today. The North West, Northern Ireland and Wales are also falling behind. When looking at relative gains in digital jobs as a share of all jobs, growth has been fastest in the East Midlands and Scotland, which is encouraging considering their previously low levels of digital jobs. Yet if penetration levels in the lagging regions caught up with the South East (5.4% in 2016), the UK digital sector could create an additional 495,000 jobs by 2025. The highest gains would be achieved in East Midlands (108,000 jobs) and West Midlands (64,000 jobs), followed by Yorkshire and Humberside (60,000).
5) Digitisation rates are behind European leaders
Notably, the UK has approximately half the digitisation rates of Denmark, which is a digital leader in almost every sector. If the UK achieved parity with Denmark, it would lead to 350,000 more jobs, contributing up to £135 billion in GDP. But there is still relatively little available data of digital diffusion rates at the regional level. The UK Government compiles no regional data on the use of digital technologies and services by companies. These indicators are only compiled and published at the national level in Annual Business Surveys (reported to Eurostat). Currently, the best indicator of regional digitisation can be gauged from Labour Force Surveys.