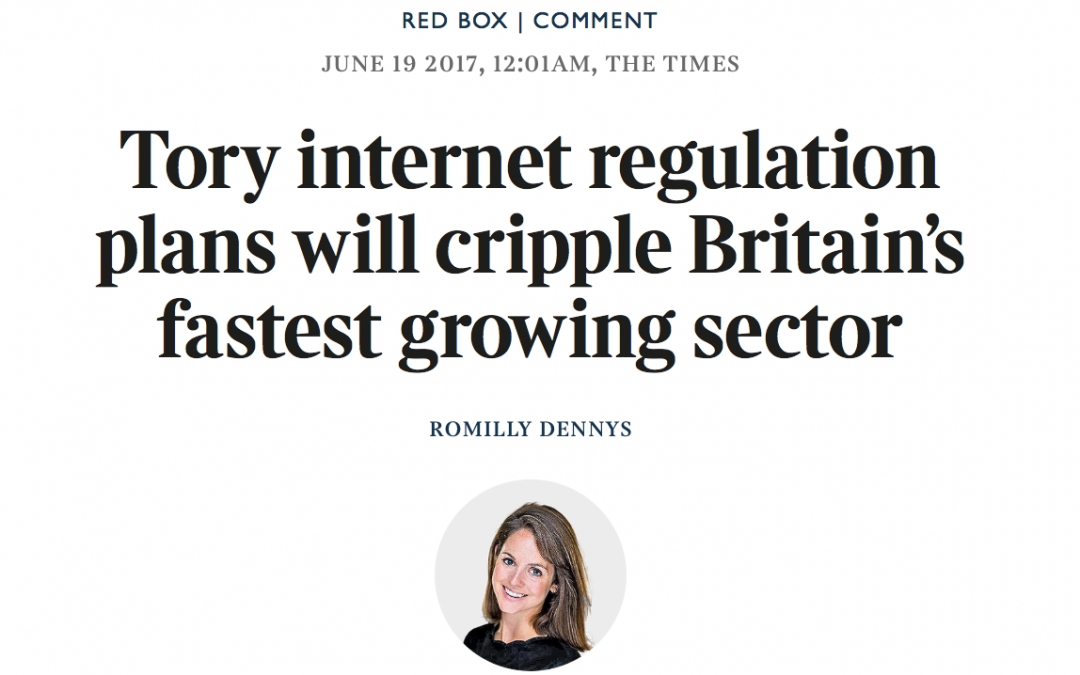 When terrorism struck twice during the election campaign, the internet and technology became a convenient scapegoat.

Amid the election din, the flaws and contradictions in this overtly interventionist approach were scarcely questioned, nor debated by the political commentariat. But as the prime minister emerges from the election, embattled by democracy, and exposed as she forms a minority government, it’s time for some fighting talk from the tech sector.

We can help, prime minister, but you must begin to see the tech sector as part of the solution, not only the problem.

Even President Trump embraced a good relationship with the tech industry this month. The new American Technology Council he created will allow top tech chiefs to discuss ways to modernise government and the services it offers citizens, including policy challenges like high-skilled immigration.

By all means, call on social media platforms to up their game and get tough on extremist content, but through mutual collaboration and consultation, not political attacks. This is especially important when those attacks leave people questioning the government’s basic understanding and knowledge of a sector that will help Britain thrive as we attempt to find our new standing in the world.

There needs to be a new level of understanding that starts with the basic premise that fast-growth internet-based companies are not the same as traditional businesses, small, medium or large.

Digital companies don’t grow at the same rate, they grow faster; they don’t think the same, they are bolder; and they certainly cannot be regulated in the same way — a new regulatory framework will be outdated before the ink is even dry on the paper.

The result of this distinction from traditional business? A record number of new, high-paid, high-skilled jobs that will help spread growth, opportunity and prosperity across the country, not to mention a staggering £100 billion for the economy.

The failure of the prime minister and her cabinet to fully get behind digital innovators won’t just result in a withdrawal of support at the ballot box, as it did in droves this past election, but may force us — and the talent and ideas we so desperately need — to desert the country.

For the British digital technology sector is emerging as a global force, at a time when other nations want us to fail.

A record £6.8 billion was invested in UK tech firms last year, more than any other European country. This didn’t happen by accident and it’s certainly not a given that the catalysts of this fast growth will continue to view the UK as a supportive home, with the triple threat of enforced regulation, tighter immigration and continued political instability.

In short, pursuing a hardened regulatory approach would threaten the future of one of the UK’s fastest-growing sectors and the economy as a whole.

Yes, it’s time for change. But it must be a progressive change that displays a new political will to collaborate and tackle stubborn challenges together, while grabbing the opportunities the sector creates with both hands.

In place of spending resources and time on new regulatory frameworks that aim to “police the internet”, let’s work together to help create answers, using the talent and energy of generation X and millennials.

The government is creaking at the seams. Now is the time to harness digital technology to drive fresh, progressive policy-making and tackle persistent issues such as how government agencies can effectively share data to keep our people and country safe and how digital innovations can help improve and deliver effective public services for all.

There is much to be done, and the tech community is here, prime minister — ready and waiting to help.